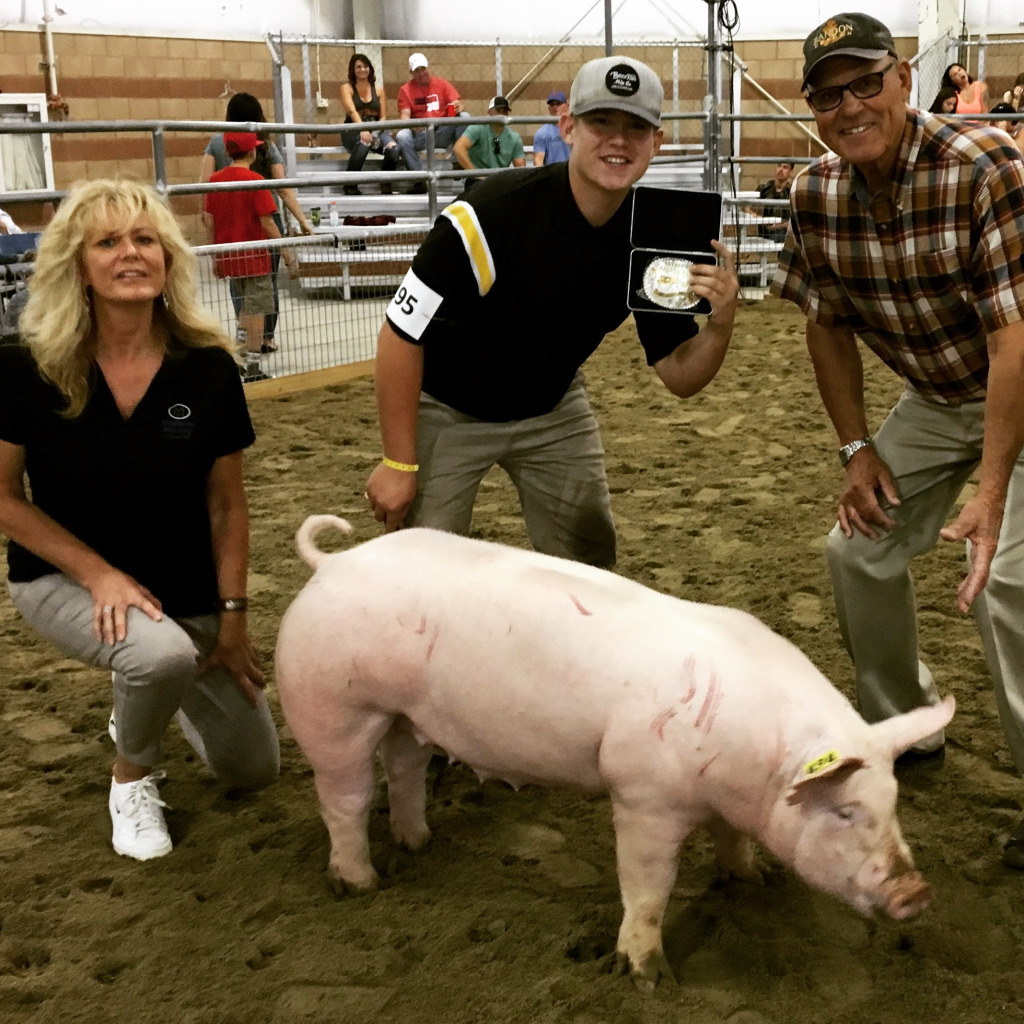 After noticing a select number of 4-H and FFA members across California were starting to raise turkeys, rabbits and a few show hogs on organic feed to take to their local county fairs, Modesto Milling saw an opportunity to educate and encourage a young generation on feeding livestock organically. Modesto Milling started working with the livestock council at Antelope Valley Fair in 2016 to implement an organic fed hog class. Modesto Milling donated $500 in premium money, which the fair allocated $300 for champion and $200 for second place. A buckle for champion was provided by a separate sponsor. Lori Bianchi from Modesto Milling accepted an invitation to speak at the Antelope Valley Livestock Symposium in January 2017. This was a chance for young opportunists to jump start their education on raising livestock organically.

At the fair, organic fed pigs were on display in their own section of the swine barn, for fair attendees to view. Andrea Kaldhusdal from Modesto Milling was there to watch on show day. She was able to visit with the kids before they went in the show ring. Participants demonstrated their knowledge by showing her their organic scrub made from organic sugar and coconut oil. Kids shared their feeding program and what they learned by choosing to feed organically.

Once the kids were in the show ring, the ring steward read the class rules from the premium book, so the audience would understand these kids were trying something new and different from a regular market class. Degan Calandri from Quartz Hill 4-H Club left the show ring with his Champion Organic Fed Hog.

On August 24th, the Kiwanis Jr. Livestock Auction proved to be the concluding excitement for the week. Organic fed hogs sold for $9 per pound, which was above the sale average. The final highlight of the auction was when Tanner Rocky, a young 4-Her validated exactly what 4-H promotes, a heart for greater loyalty and hands for larger service. Tanner generously donated his organically fed pig to the Antelope Valley Livestock Council Scholarship fund.  Tanner’s pig sold last in the auction and raised $7,000!

Modesto Milling is proud of these youth who tried something new, and gained knowledge along the way. What an amazing experience for all who participated at the Antelope Valley Fair. As for the future, who knows where this will lead…..